After Wednesday’s defeat with Finland, the host team from the Czech Republic played their second game at the Men’s U19 WFC. They faced Slovakia, which meant a huge win 13:2 for the Czechs.

A comfortable 13:2 victory began to arise in the first period when the Czech Republic ran away to a 3:0 lead. The Czechs then increased the lead and did not give Slovakia a chance to make the game more dramatic. Matěj Pěnička scored a hat trick, Filip Forman and Tomáš Hanák scored twice.

The Czech juniors also had a good record on the power play. They used their advantage three times, one of them even in a five-on-three situation. 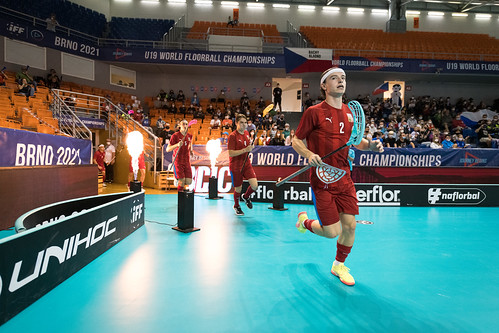